The famous spot of la pointe located at the end of the peninsula of Le Cap ferret was discovered in the mid of the 90’s by the old guard from Bordeaux.

At the begining of the millenium, Le Cap ferret started to be the backyard of the dead famous Skimcrash conspiracy and became very popular through skimfests.

In fact, there is several spots, several liners and classic breaks due to the peninsula shape; all with very strong currents!

The well known spot of la pointe is quite constant between april to october, due to tide swell being smaller and also due to the great increase of steepness.

90% of the time, the wind (north-west) doesn’t affect the wave and use to stay off or light side shore!

If, nowadays, many crew consider themselves as homees, no one (except maybe Oliver H) like Laurent Lozes aka Dardarmotus knows how to do endless rides on this awesome liner! 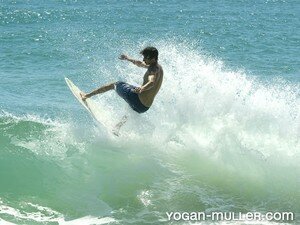 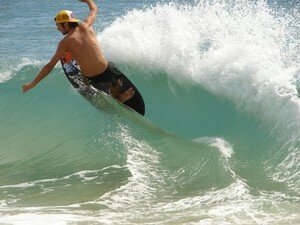